PETALING JAYA: For its tropical climate, up-to-standard service facilities and friendly locals who speak English, Malaysia has been ranked third as among the world’s best countries to retire in.

Travel web-magazine Internationalliving.com placed Malaysia third, following Panama, which was preceded by Ecuador, on its list of 22 “World’s Top Retirement Havens in 2013” which was posted on the website on Dec 4.

The list was compiled based on a survey on several factors affecting retirees in each country including real estate prices, special benefits and infrastructure for retirees, overall cost of living, medical and health facilities, and climate.

In his post titled “Malaysia: Asia’s Most Desirable Destination,” contributing writer Keith Hockton described the country as “having everything”.

“It has everything. Its weather is a tropical 27°C all year round and its beaches, islands and jungles are pristine.

“It has some of the region’s best street food, great restaurants, bars, shopping malls and movie theatres and it’s all affordable,” he wrote.

“Malaysia is also an easy place for expatriates to make friends, as English is widely spoken,” added Hockton.

He also mentioned Penang and Kuala Lumpur having medical centres of excellence and that “every day, two plane loads of medical tourists arrive in Malaysia for various treatments”.

“Not only is the healthcare amazing but it’s among the worlds cheapest. And prescriptions here cost a fifth of what you pay at home,” he added.

The Malaysia My Second Home (MM2H) resident, who lives in Mercian Road, has many friends.

She said George Town was a vibrant city with a lot of on-going activities on offer.

“Besides, we have made many friends here. I always encourage people to stay in the city so that we won’t miss all those attractive sites and activities,” she said. 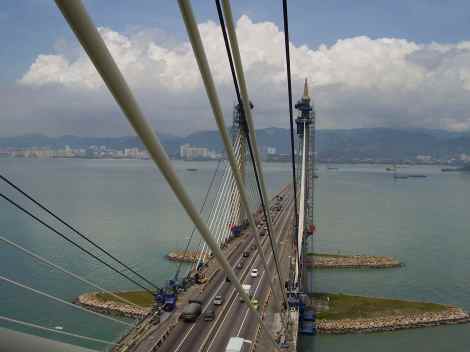 “We have a stable Government and economy, nice tropical weather, good education and medical facilities, and a vast variety of foods that cater to all taste buds.

“Also with the on-going Malaysia My Second Home programme which offers foreigners who want to live here a 10-year Social Visit Pass which is renewable, more people are opting to make Malaysia the place they want to retire in,” he said.

"Mobilising Your Migration To Malaysia, Looking After All Your Needs"©

Thank you for dropping by our site!

We are licensed and endorsed by the Ministry of Tourism, Malaysia in providing migration services to applicants for the Malaysia My Second Home Programme (MM2H). We provide a full range of services in respect of the application to the Malaysian government for the MM2H Visa.

Please take a browse at our pages where we have elaborated on information we thought would be useful to you and which you should know about the MM2H Program and how you could be a part of this wonderful program.

We certainly look forward to hearing from you. Let us welcome you to Malaysia where you can delight in the charms and enjoyment of living in Malaysia.

The information we provide on this site and its content are our opinion and for informational purposes only. None of the information provided herein should be relied on as a full substitute for a proper consultation with our MM2H consultants in providing you a personalised service. We do not make any express or implied warranties, representations or endorsements from your use of this Site. All intellectual property rights in this Site and its content, including but not limited to the information and designs are the exclusive properties of Tropical Paradise (MM2H) Sdn Bhd.